WKA Celebrates its 50th Anniversary in 2021 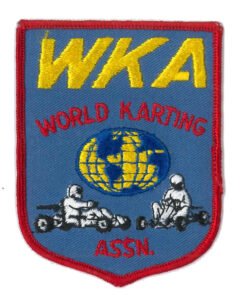 To further celebrate, WKA will feature historical landmark stories throughout the year, which made up the association over the past 50 years. The first, of course, is the beginning of the World Karting Association.

From the late 50s an Ohio man enjoyed kart racing with his sons, as many of us in this sport do each week. From a dispute with the officials of a race in the early 60s, that man, George Kugler, was told by the officials after heated debate, “If you know so much Kugler, why don’t you build a kart track of your own?” As any entrepreneur would do, Kugler did just that, and the Linden Valley Raceway Park was built in Port Washington, Ohio. That karting track, later named Kugler Raceway Park, offered regular kart and ¼ midget races for families to enjoy the sport as George did with his family.

After a couple years cutting their teeth in the sport, the Kugler family decided to go racing on the national level, which came to the East in 1971. At the time, the International Kart Federation (IKF), based on Southern California, was the organizing body for National and Regional kart races around the country. As such, the IKF became perceived as a “West Coast” operation by kart racers east of the Mississippi, even though Grand National Races were often held in the East. Such was the case in that year, when the IKF Grand Nationals were held in Camden, Ohio. In the tech barn of that event of the B-Stock Class, where 1978 World Champion Lake Speed sat on pole, the West Coast-heavy Tech Officials interpreted a flywheel regulation one way, while the Easterners interpreted the regulation an entirely different way. The discussion got so heated, it truly sparked a division of the two geographic regions in the sport. 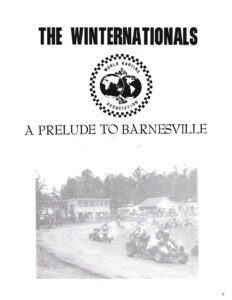 Shortly after, some of karting’s heavy hitters in the Eastern USA started to rally to start a new organization with East Coast-friendly regulations. Along with Kugler, Dick Wilson, promoter of famed Barnesville Winter National races, Bob Jeffries, OVKA President Ron Withrow, and a few others accelerated the idea, and in a meeting at Kugler’s Raceway Park track later that year, the group made the final decision to establish and name the new organization the World Karting Association. Contrary to some opinions today, Withrow was actually named the first official President of WKA, with the others being named Board Members, and official documents were filed in Ohio in November 1971, establishing what is now known as the World Karting Association.

As with any association, the new WKA started to receive members, supporting the new idea in East Coast kart racing. In those early days, the essential memberships came in slower than expected, and certainly not enough to support a single racing series. A big move was needed at this pivotal time in USA kart racing history. In came Dayton, Ohio karter Bob Sellers (father of sports car racer Bryan Sellers). Sellers offered George Kugler and WKA the use of an office, including utilities, free of charge, as his contribution to help get WKA off the ground. The organization now had an actual office… a true base of operations, where the infrastructure of WKA was strengthened into steam-roller status!

With a base office established, and an official racing organization officially established, WKA received more support in the form of a well-established event, the Winter Nationals at Barnesville. Owner Dick Wilson operated the famous event for years under the IKF banner, but making it a WKA event in 1972, yielding over 400 entries. IKF still hosted an event in the area around the same time, but maybe 100-entries filled the card. 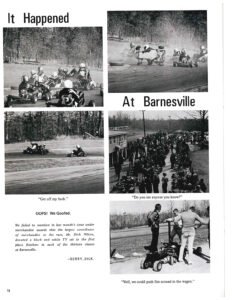 Concurrently, enduro racing was strengthening in the USA, now known as Road Racing. Ben Ray Griffin, from the Woodbridge Kart Club approached Kugler and the WKA about collectively hosting an event for Road Racers at the same time. Thus, the first WKA Road Race came to be, with the assistance of the WKC, at Danville, Virginia, (now known as the famed VIR), with a stout 500-entry field.

In that short two-year period, the World Karting Association had established major events to support its birth as the main karting association for karters throughout the eastern USA.

Oh, and all the while, Kugler still continued to operate his kart track in Port Washington, Ohio, into the late 70s, which is still in operation today, but now known as Adkins Raceway Park.

Follow WKA throughout 2021, where more historical facts will be introduced in celebration of the Gold Anniversary of the Association. Special thanks to Randy Kugler, and the Racing with RK Podcast for historical references and facts about the birth of the World Karting Association.