World Karting Association Links with Road to Indy in eSeries 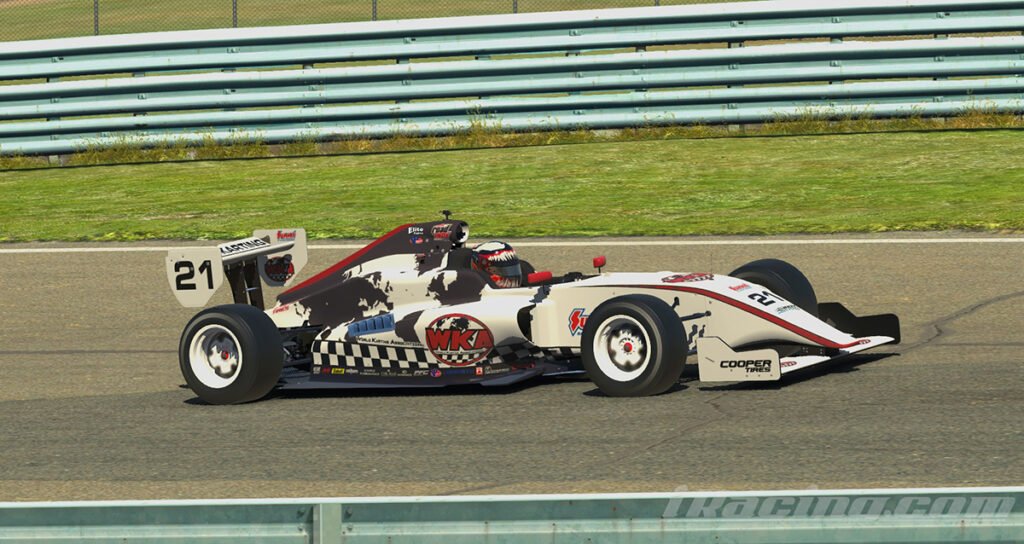 The newly announced TireRack.com Road to Indy iRacing eSeries Presented by Cooper Tires has formed an alliance with the renowned World Karting Association to create a virtual ladder system down to the karting ranks – a natural progression considering the number of drivers that began their path to the Road to Indy via kart racing.

Celebrating its 50th year in 2021, the WKA is the largest sanctioning body for kart racing in the U.S. The member-owned, non-profit organization is headquartered in Concord, N.C., and hosts five national series in addition to a number of divisional and regional series.

To take the first step, all drivers in the WKA’s eSeries will now compete onboard the virtual Tatuus USF-17 chassis, which launched on iRacing in June of this year. The TireRack.com eSeries will utilize the next level Tatuus PM-18 Indy Pro 2000 car.

To highlight the WKA’s eSeries winners, a specially designed WKA livery will be created.

“As the ‘Foundation of Motorsport’, the World Karting Association has always had a place for everyone in karting,” said WKA president Kevin Williams. “Exciting racing in eSports is no different, and we are thrilled to work with the Road to Indy TireRack.com eSeries as a first step for WKA karters to go from karts to cars; even virtually, to give back to the racers.”

The WKA eSeries will take place weekly on Tuesday evenings at 8:00 p.m. EST beginning January 19 on iRacing. The first round will be held at the Daytona International Speedway road course. The first event of the TireRack.com eSeries will take place February 3 at 7:00 p.m. EST at Road America. The winner from the first round of the WKA eSports Series will have a free entry into the first round of the Road to Indy iRacing eSeries. The round two winner of WKA will compete in round two of the Road to Indy the following week and so on.

“There’s no arguing the fact that 90% of our Road to Indy racers come from karting, and to be able to develop a partnership program like this with the iconic World Karting Association is such a positive for our program and our eSeries,” said Rob Howden, Road to Indy Series Development Director. “With the WKA eSports Winter Series set to run our Tatuus USF-17 car on iRacing, each of their race winners will advance up our virtual ladder to compete against our RTI drivers in our PM-18. This is ideal. I’m really interested to see how the WKA winners will fare in our eSeries.”